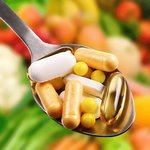 6 Supplements to Make You Healthier and Smarter

Did you know that even before the C-word epidemic, millions of people struggled with "brain fog?"

Brain fog isn't an illness or even an official medical condition. Instead, it describes several symptoms such as having trouble:

While it isn't exactly contagious, cognitive dysfunction (the scientific name for brain fog) is becoming more prevalent for around 600 million well-meaning and competent thinkers worldwide (2).

While we aren't exactly what we eat, we are affected mentally and physically by what we eat.

The human gut is responsible for a large part of our intellectual and physiological functioning. Our brains receive continual messaging from the flora in our digestive tract, whose genes number around 20 million, compared with a human body's 20,000 genes (3).

You might be thinking, but wait a minute. Isn't the gut part of my body?

Nope. Technically, it starts at the opening called the mouth and ends at the anus. Everything inside the digestive tract is actually outside of our bodies, connecting with us through the linings of our digestive organs as food and molecules move to and from outside our tissues via blood vessels to inside our bodies (4).

Humans don't hold a candle to our gut bacteria's capacity to make and use nutrients that help us. With an unhealthy microbiome, our bodies and brains suffer. We're lucky all those tiny organisms want to live with us at all when we often don't provide the nourishment they need.

Epidemiological studies link gut bacteria to conditions such as:

Help Is on the Way!

Clinical Effects is committed to helping your microbiome thrive. As a result, you can both live well, support each other, and provide your brain with the optimal messaging from your digestive tract.

Your gut flora consists of a wide variety of bacteria. Its exact composition is unique to you (8).

The following six naturally-formulated nutrient complexes and supplements benefit your gut and brain, delivering you from a foggy existence to one full of stunning focus.

Almost half of adults worldwide are deficient in vitamin D and are at risk of obesity, weak immunity, bone and tooth decay, and other conditions like high blood pressure (9).

Vitamin D is a vital nutrient but needs modulation by Vitamin K2 to protect the soft tissue. K2 + D3 contains four ingredients: vitamin D3 as Cholecalciferol, vitamin K2, calcium carbonate, and BioPerine® to increase the effects of the other three compounds.

While a balanced diet is best, some essential nutrients are challenging to get in our foods due to depleted minerals in the soil (10).

K2 + D3 is a smart way to promote the synergism of calcium, vitamin D, and vitamin K2. This incredible formula promotes:

It works by helping the body use vitamin D to reinforce bones and teeth while protecting soft tissues and arteries from calcification.

K2 + D3 is a smart way to promote the synergism of calcium, vitamin D, and vitamin K2.

Brain fog is a common symptom of chronic liver disease. This condition occurs as the liver loses its capacity for energy production, and its ability to detoxify the blood slows down (11).

Our Liver Support formula uses a blend of natural plant extracts, including milk thistle, to support the liver's enzyme production and aid the detoxification process.

Our Ideal Brain formula combats brain fog with a blend of natural, science-backed ingredients, including B Vitamins, GABA, and Alpha-GPC. This blend may boost brain function and memory nutrients to aid in cell growth and healing.

Ideal Brain is formulated to enhance:

Occasionally, most of us experience temporary gut discomfort from constipation, bloating, gas, stomach cramps, acid reflux, or heartburn. But frequent or chronic symptoms might indicate an off-kilter microbiome balance (14).

The pain means that some bacteria are nearing extinction, while others overtake the place, causing faulty messaging from the microbiome to the brain, also resulting in foggy, tired, slow thinking. Some conditions that cause this imbalance are:

Probiotics are essential for healthy digestion, maintaining the integrity of the intestinal lining, supporting intestinal motility, and helping with detoxification. The most natural ways to replenish languishing good bacteria with wildlife protection are to:

Ashwagandha is used as an adaptogen to help the body maintain optimal balance. The root of the ashwagandha plant is crushed and ground for its bioactive compounds that naturally interact with our bodies to balance complex and fluctuating chemicals.

For example, too much cortisol negatively affects functions such as sleep, blood sugar levels, anxiety, weight gain, ability to focus, inflammation, and depression, all problems that can cause brain fog. https://www.healthline.com/health/brain-fog

Ashwagandha helps reduce stress which can bring cortisol down to healthy levels. Clinical Effects Organic Ashwagandha is mixed with black pepper to boost absorption. In addition to acting as an adaptogen and reducing the perception of stress, ashwagandha may:

Omega-3 fatty acids are polyunsaturated fats considered "good fats." We need them to build brain cells, keep our heart healthy and protect against stroke, and our bodies can't make them (18), (19).

Most of us eat more foods containing omega-6 fats. However, they can create an imbalance with an insufficient omega-3 fats intake.

Omega Daily provides a clean source of healthy omega-3's to restore balance and fight inflammation while supporting numerous vital functions in the body.

Healthy omega-3 fatty acids are used by every cell in the body and link to:

Check out these powerful supplements to support mental clarity and end brain fog for good. Before starting on any new product, ask your healthcare provider for guidance. 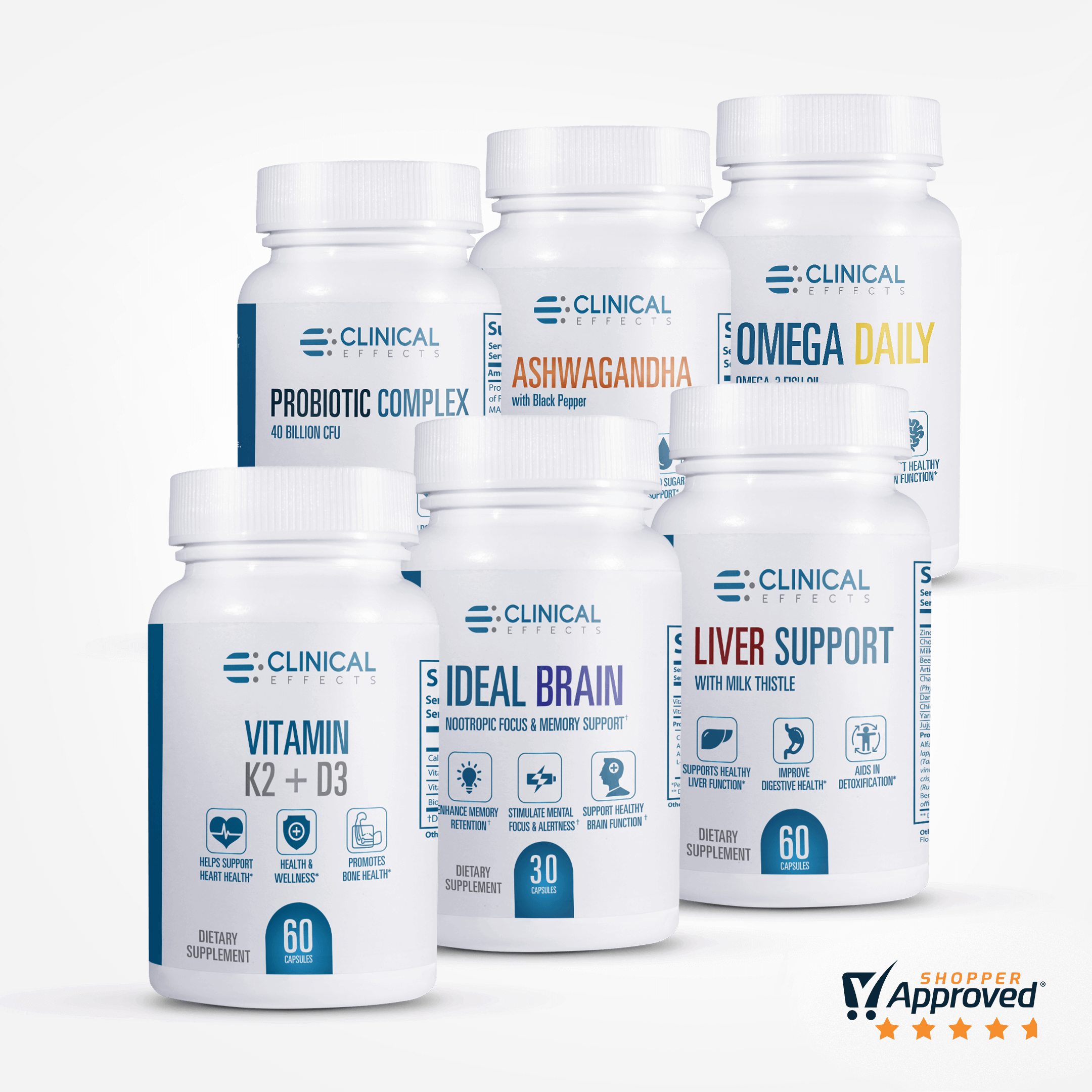